UK-based label Magic Wand released it's seventh volume! Known for their fantastic disco edits, the Is It Balearic?-side label returns with four edits by Al Gobi, T2mm, Coyote and Last Waltz. Expect warm grooves, lots of sun and guitars on this one. Must have for the Balearic/Disco lovers. Magic indeed!

Magic Wand vol. 7 was distributed on the 17th of June and should be out in all major record shops worldwide now. But we must warn you.. Limited pressings, no re-press!

Ever since ø (phase)'s Mass EP from 2007, we have been keeping a steady eye on Token, the Belgian techno label which was formed by Kr!z. In the ever-growing swamp of over-produced and unimaginative techno, Token and it's producers have always stayed true to their own identity. Their sound is both forward-thinking and nostalgic, techno at it's purest, while reminding you of it's better days.

With people like Inigo Kennedy, ø, Go Hiyama and Xhin on board, you probably know what you're gonna get. But still, with every release you don't know exactly what you're gonna get. The label has it's trancey-side, reminiscing the earlier days of Warp and stuff, while having a really brutal side too..Where most tracks clock in at a 130BPM minimum. The way we like it.
Now, Kr!z has released a DJ mix on CD, called Introspective. It consists of 21 tracks, representing the best of the versatile Token sound. Proving that the label sounds more vital then ever, while showcasing his amazing DJ skills in the process.

Introspective has been released on the 17th of June and we highly suggest that you pick up on this if you haven't been introduced to the label or it's artists yet. This is already the stuff of legends! This is one of those labels that will determain the future sound of techno. No doubt about that.

The BAUHAUS resident and the Deathmetaldiscoclub founder sends his regards through this one-hour broadcast. Enjoy! 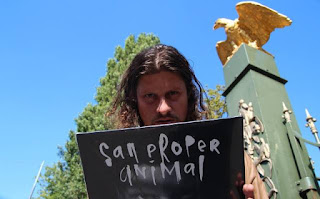 In other news, Deathmetaldiscoclub favourite- and podcast-guest San Proper will be doing an all-nighter this weekend in De Verdieping at Trouw Amsterdam.
It's the first time he's doing an all-nighter at his own event, but he did announce he left some 45 minutes for The D, an upcoming artist on San's promising 'Proper's Cult' label (!).

Read all about it on the Trouw blog: http://bit.ly/14VI4cL
And for event info and tickets go to the Facebook event page: http://on.fb.me/Y7PQNT

Upstairs will be hosted by Imprint, featuring Milton Bradley, Henning Baer and ofcourse Sandrien. And if that ain't enough, the clubnight will be immediately followed by the Concrete marathon. And in case you haven't heard: San is playing there as well!!

UK-Based label Rothmans is going to put out it's third release soon! Rothmans is a label that is based on the collectible football cards from the 70's. This time it's now-legendary striker Dominique Rocheteau who takes the homage.
First up on the A-side of this four-tracker is Coyote with a funky but tripped-out, acid-laden disco groove. Really nice work. Second track is a track by Aimes from New York and includes wonderful sound design that should work in any balearic set this summer.

Second side opens with a track by the brilliant Scott Fraser and that should say enough. Brilliant bassline on that one. But it's the closing track from Tilburg's experimental Drvg Cvltvre that really catches the attention.. Almost like an outcast, this track opens with a really, really dirty and bassline and shows no signs of improvement on the happier side. Filtered organs and tight distorted percussion makes the thing even more haunting than it already was. The devil is in the details..

Rothmans003 is due out first week of July on 180 grams vinyl and will hit all major records shops worldwide. We included a Soundcloud set with previews of the whole release. Keep a close eye on this one: strictly limited release and no digital!!

Ladies and gentlemen, start your weekends with this one!!

This week's guest is Emile Strunz. Emile Strunz is a producer from Newcastle, UK. He's had amazing releases on World Unknown and Porn Wax (which we featured in episode #002) and his latest 'North Sea Body Music EP' was released on Flight Recorder (which you might remember from episode #007). His music was heavily featured in Flemming Dalum's mix for deathmetaldiscoclub and now he's brought us this epic, epic mix, which is in memory of his mother Rhonda, who sadly passed away in April.
Although technically not a DJ, he's proven himself more than worthy with this megamix, going from Soundtracks to Industrial, to the more danceable stuff and back.

We hope you enjoy this mix and make sure you keep an eye on him because there is a new EP coming out on Ali Renault's VIVOD label soon and Emile also told us that there is going to be a follow-up to the amazing North Sea Body Music, also on Flight Recorder!

Rush Hour has just released Awanto 3's Holy Mozes EP. Having already released the For Five EP on the Voyage Direct sub-label few years ago, Awanto 3 a.k.a. Steven de Peven now returns to the label with another set of quality house stompers. First side delivers us an amazing deephouse-kinda groove, with bass and strings that work really well. Second side brings in a little more latin, while working that typical Awanto 3 pace. Second side features remix duties from his good ol' friend Aardvarck!

LINK TO RUSH HOUR (with audiosamples)

Midnight Run has been released worldwide on the 6th of June on a limited 2 x 12'' on 180 gr vinyl with silk-screen printed sleeve.

The remixes EP will be pressed on 160 grams white vinyl and comes in a white hand stamped die-cut disco sleeve. Vinyl should've been released worldwide right now and there is a digital release that will follow somewhere in the coming months.

Time To Express will release a three-part remix series this year, which will feature 6 contemporary producers re-visiting the work of Peter van Hoesen's 2012 'Perceiver' album.

The first EP is limited to 400 copies and features remixes by Donato Dozzy and Sigha. Mastering has been done by the amazing Artefacts Mastering from Berlin and will be available through Clone this coming tuesday, June 18th. 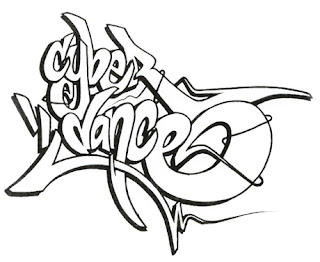 Our first special will have a strong focus on Cyber Dance Records. Cyber Dance is an electro-disco label from the UK, founded by Ali Renault, Spruxx and Casionova. Their sound can be described as futuristic, synth-electro, with a hint of 80's italo. They had their first release in 2005 and gradually gained a loyal following ever since.
They've had major succes with releases from the likes of Andy Romano, Mark Du Mosch, Electrick Dragon, it's founders, amongst others on various compilations.. And are about to release their fourteenth release, a split single by Heinrich Dressel & Ali Renault as his Cestrian moniker, which can be pre-ordered through Juno and various record shops by now.

We have two mixes this week, one by Ali Renault and one by Casionova, both showcasing the different sides and influences of Cyber Dance.

We hope you enjoy this special as much as we do and if you can't get enough of these sounds you should check out Magic Waves Radio too! Magic Waves is also the birth child of Ali & Casionova and they are having it's own live radio show every sunday evening, hosted by the great Intergalactic FM, on IFM1 from 7pm - 11pm GMT.

You can tune in through: The Intergalactic FM Portal: https://intergalactic.fm/